The current focus is on replacing the remaining third party maps like Iarmusc Dungeons: 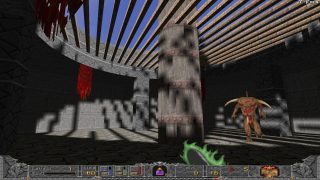 Other things being worked on include improvements to a number of models and textures as well as adding a large number of new NPC voices. We are also looking into a major new feature for character interaction, more on this once it’s confirmed to work.