It’s been many years in the making, but the final 1.0 release of Scattered Evil is now available on SourceForge. 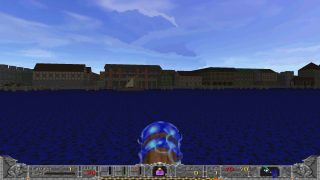 Korax’ Heritage: Scattered Evil is the first game using the KoraxRPG engine based on Vavoom, extending the original Hexen gameplay through a slew of RPG elements:

To accompany this release, over an hour of uncut playthrough has been recorded and published on YouTube in Full HD: