We are pleased to allow you to preview some of the new things that the next KA version will have, just to name a few, there will be a new gameplay mode called survival, which consists in surviving as many waves of monsters with the help of all the players, as the game progresses the monster waves get bigger and spawn more difficult monsters, the plus this gameplay mode offers is that you will fight all the monsters from heretic and hexen (and a few other surprises if you survive long enough 👿 ). We’ll also have some revamped maps from previous versions of KA and some more maps that will work on multiple gameplay modes, the usual bug fixes here and there and many other nice things :).

For now I’ll leave you with a couple of shots from survival gameplay mode and other stuff, stay tuned it’s not long before KA’s next version arrives! 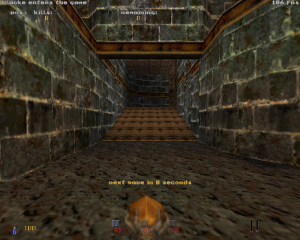 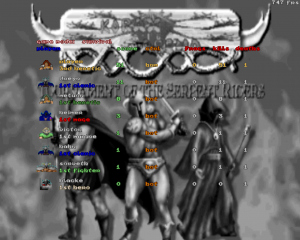 We have also been working on improving the forums too, we want the community alive again, that’s why we have added custom titles (which were a blast before updating the forum software ;)), we have added the possibility of quick replying to topics if you go to the bottom of the thread, you’ll notice a reply box, no more hitting reply button, and that’s just the beginning… get to the forums to see the rest! Enjoy!